On a Quest for Supreme Burgerdom in Atlanta 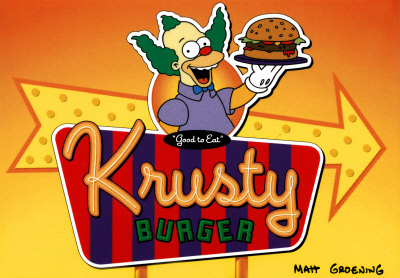 Canyons Burger Company. on Peachtree was close to the concert venue and although there wasn’t much buzz about them, I figured we’d give it a shot. What a great find! Canyons has it set up to where you pay a flat price for the burger and then just add as many toppings as you’d like. Of course, I like’s the spicy so I got mine with tons of jalapenos and chipotle mayo while Max stuck with the traditional lettuce, tomato, ketchup. We were both extremely impressed with how crispy the patties were but also how they still retained major juiciness.

[singlepic id=2939 w=320 h=240 float=center]
What’s really cool about this place is that you can get half regular/half sweet potato fries and they are both pretty rockin’.  I’ve read tons of burger blogs and Canyons doesn’t get much play. It’s a shame because they have helluva good burger. You may have driven past it a million times and never noticed the place as it’s quietly tucked away in a random strip mall. Seek it out. It’s great. And if you’re wondering, Max totally dug his first true concert experience. Cantrell and the crew were balls out fantastic and definitely aided in the chalking of many more cool points to my guise.

By summer of this year, I had told several folks what Max and I had been up to so my suggestion plate was full when I scooped him up for another play date. By and large, the overwhelming arrow was pointing us to Grind House Killer Burgers in the Sweet Auburn Curb Market so we chartered a course to Edgewood avenue in Atlanta. You have to pass a lot of weird looking meat counters and stinky crap to get to their post in the back of the building but once arrived, you notice its hipness right away. They certainly embody the Grind House cinema experience by showing movies on the brick wall behind the bar and I was thrilled to see one of my fav’s (Blazing Saddles) chugging away in the background.
[singlepic id=2942 w=320 h=240 float=center]
Max opted for the single/Grindhouse style with pickles and grilled onions while yours fatty here had the double/Cowboy style with bbq sauce and bacon.
[singlepic id=2941 w=320 h=240 float=center]
O.k., like I know everybody raves about how good their burgers are and while they are tasty no doubt, I’ve had better. I also didn’t have to walk past a bunch of smelly fish heads in order to get them either. For both of us, it was good but no need to return. If they happened to move somewhere else in the future, I’d be apt to try it again though. The peanut butter chocolate shake was damn thick and super creamy but still….not blown away.  This place was our first “meh”.  One last thing….the guy who took our order was a bit of a jerk.
Fast forward to very recently when I was lucky enough to get him for a whole weekend again. Those have certainly been scarce in the last couple of years as now he usually travels with his parents or goes on a trip with friends when they’re out of town.  Getting older and all…..sniffle. I’m always on high alert for the day when he outgrows me. While he continues to mature, sadly, this is as mature as I’m ever going to get.  At present time, he still seems to be amused by my antics so I’ll ride this train till it hits the station.This go around I was determined to find our favorite beef disc yet so when I read about the “10 o’clock” burger at Holeman and Finch Public House on Peachtree, it seemed to be just the one we had been looking for.
Now on any regular night, only 24 of these beauties are prepared and served at 10 p.m., hence the name.  If you don’t get your order in fast enough, well then you’re just S.O.L. We thought about shooting for it what with the mystique and all but were concerned that it might be a bust. Instead, as I found out, you can go to their Sunday brunch and get it guaranteed.  Yeah it seems cooler getting one of the only 24 at 10 but “cool” don’t fill the gullet. We decided to play it safe and go with the sure thing.
[singlepic id=2947 w=320 h=240 float=center]
We arrived just before they opened and there was already a line wrapped around the building. There was sincerely a literal excitement in the air about the impending opening of the doors. I heard many obvious regulars talking about what they were going to get and how badly they had been jonesing for said item all week.  By the time they allowed our herd in, Max and I were drooling in anticipation. The place filled up in seconds but we were timely enough to at least get a table in the bar area.  One look at the menu (which is minimal) and we knew. All it says is “The Burger”.
[singlepic id=2943 w=320 h=240 float=center]
The reviews had all remarked that you kind of get shorted in the fry area so I ordered an extra side of them. The waitress actually had to check and see if they could as they only have so many fixin’s at the ready for brunch and they don’t want anyone to miss out. I thought that was nice but a big girl needs her taters! Guess they realized that fact and she joyfully informed me that they would indeed relinquish the additional spuds.  We sat there laughing and joking while we waited and you just kind of get caught up in the atmosphere of the place.  It’s a total “Cheers” vibe in there. It’s full of super welcoming staff who treat the patrons like friends and family while offering an extremely pleasant visual aesthetic. It’s a very happening spot without being overly trendy.  That’s hard to do.  Then “The Burger” came….[singlepic id=2944 w=320 h=240 float=center]
[singlepic id=2945 w=320 h=240 float=center]
Oh Lord…..so good. This is without a doubt, a perfect burger. I don’t think we spoke another word as the flawlessly cooked meat, red onions and cheese just melted in our mouths.  And the fries! Ohhh.. the fries are nothing short of superb. If I had any criticism it would be the house made ketchup. Maybe I’m too white trash to appreciate it, but give me Heinz any day. No matter, you can gobble them up sans ketchup and be just fine if you’d like.  It was a good thing we got more even though it was pure gluttony that made us finish them.  All I can say about H.F. is this….everything you may have heard is true. It’s a must!  Were still hung up on Flip Burger too and agreed that as far as pure taste goes it’s pretty much a tie.
[singlepic id=2946 w=320 h=240 float=center]
Next stop……Farm Burger. I’ll let you know how that one works out!
Oh and by the by, I know The Vortex rules, I’ve had the Tasmanian Devil, but Max can’t get in for another 4 years.  By then, he will DEFINITELY have out grown me.  Sigh.…..

521 Kitchen and Que = Our Pick for Holiday Meat!

‹ Christmas Lights for a Cause!› Kingsized & Dames Aflame this Saturday!‏