During winter storm Juno, UK electro pop group Years & Years were forced to cancel the first show of their two-night stint in New York City back in January. After the snow finally melted, they made the rounds again this past March, playing several shows in California, South by Southwest before finally landing in Boston.

Due to popular demand, the show was moved from The Sinclair to the Royale in downtown’s Theater District. 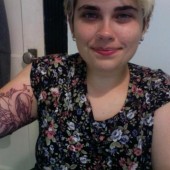 Erica is a filmmaker based in Boston. She loves the Ninja Turtles.

Hank 3 at The Masquerade

A Night with The Sagamores

Destroy Babylon at The Middle East

Flogging Molly at The Tabernacle